Some steps, like "Resolve Paths" do nothing but return a value. Those values can be accessed using output fields.

Output fields ask for the name of a variable to pass resultant value to.

We want to append multiple strings into one. To do that, we'll use "Append to String" Step. 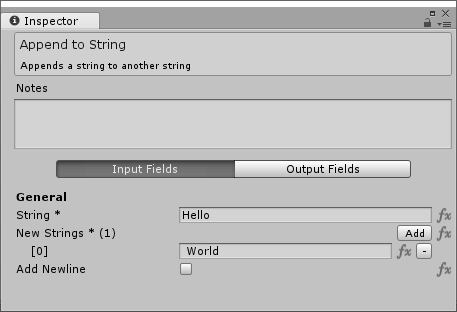 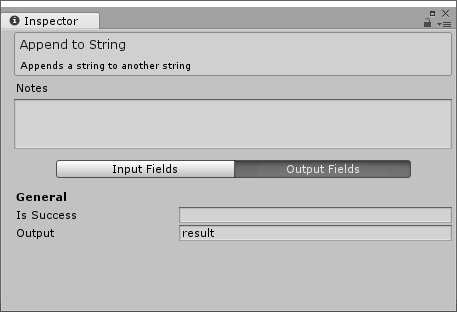 As you may have noticed, we didn't need to define a variable at design-time, it's been created at runtime.

Be aware that dynamically created variables are available only in the current scope. Meaning, if you've created this variable within another Step such as "Loop" or "Group", it won't be available outside.

Logically, it will be available anywhere if the variable has been dynamically created at the root.

If output field is supplied with an already existing variable then it will be modified like usual.

To do that, we use special output field macro add_to.